Why do we get Depressed??? 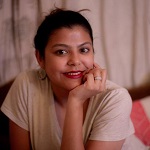 A lot of us may at some phases in our lives feel a low and sad mood, lack of interest, low confidence, tiredness, and disturbances in our day to day functioning as well as our sleep and appetite. When we talk to our friends and family, people will usually tell us that it is in fact common. But what makes us get depressed??? Theories of depression have come a long way in the literature of psychiatry and psychology and this article attempts to summarise these theories and bring it to you.

Research with studies conducted on twins and families have summarized that there is a significant role of our genes in depression. Identical twins were found to be far more concordant for mood disorder than fraternal twins. Further studies to address the questions of the exact mode of genetic transmission have found that in depression, parent–child transmission does not follow patterns suggestive of a single dominant or recessive gene, and polygenic transmission seems most probable. Studies have also found that a higher frequency of mood disorders occur amongst the first-degree relatives (approximately 12 to 22%) as compared to individuals without a family history of depression (approximately 7%). The morbidity risk for depression estimated in siblings is 4.6% and for parents is 5.3%. Researchers have also found that deficiencies in the neuro-chemical systems that involve the catecholamines, norepinephrine, dopamine, indolamine and serotonin (specific role in increasing suicidal ideation and tendencies) also result in depressive symptoms. Such is also true with regards to the disease of endocrine gland which is associated with the feedback regulation systems connected to sleep, appetite and libido centres. Hypothyroidism may lead to depressive symptoms as well. Disregulated biological clock has also been observed as a significant symptom in depression and EEG studies have found out the role of reduced REM latency in the same. Whereas individuals without depression take 90 minutes to go to the first phase of REM sleep, this phase is significantly reduced for many patients suffering through depression.

The earliest psychosocial theories of depression hypothesised that depression may be a reaction to the loss of an unconscious object and these Childhood losses makes one vulnerable to depression in adulthood. These psychodynamic theories led by Freud also hypothesised that a guilt or anger turned inwards over having shown aggression toward loved ones leads to self depreciation which also leads to depression. Bibring in 1953 said that depression may be arising as a result of the tension between our ideals and the reality. When our ego becomes aware of our actual/ imagined inability to meet our narcissistic aspirations to be to be worthy and loved, to be strong or superior and/or to be good and loving, a person may feel helpless and powerless leading to depression. Post the psychodynamic theories, researchers also started to focus upon many other areas of functioning of a person who is depressed. Few of these areas were the social interactions and social behaviours of these individuals. Lewinson in 1974 theorised that whenever our behavioural response does not receive a positive response from others, we feel hopeless and start doubting ourselves and feel low in confidence. This in turn makes others sympathise with us and show a sense of concern and interest towards us due to which our low rate of response and display of dysphoria is reinforced. Further research based on this theory also reflected how individuals who are depressed may have lesser adaptive social skills such as slower speech, lower volume and pitch, monotonous tone, more silence, hesitencies, longer latencies etc as compared to other individuals who are not depressed. They may also have more negative content in their speech and may convey more self demeaning, helpless expressions. Further Coyne’s interpersonal theory reflected that a stressful life event which may lead to a few depressive symptoms in people arises genuine concern and support from others which in fact reinforces those depressive symptoms but with uncertainty. So individuals might start exhibiting more depressive symptoms for reassurances which may lead to hostility, resentment, avoidance and false reassurances from others. This is turn leads to more depressive symptoms. Further researchers have also hypothesised that some sudden or at least relatively discriminable changes in the external environment also lead to depression (Paykel & Cooper, 1992). Depressed individuals are 2.5 times more likely than non depressed individuals to have one or more fateful loss event. However the effect of these life events are usually mediated by some factors such as the quality of the event, additivity effect, domain of the event/changes as well as the individual’s vulnerability factors such as low social support and low self esteem. Beck’s Cognitive Theory of Depression has been marked as the landmark research and has been the foundation of Cognitive Behavioural Therapy which is being widely used amongst psychiatrists and psychologists world wide. This theory has hypothesised and summarised that some significant stressful life events activates the depressive schemas or thinking patterns which would further lead to thinking errors or cognitive distortions in our mind through which we would observe the world, self and others negatively. These thinking errors include thoughts such as: some negative events has been caused by oneself (Arbitrary Inference); focuses on the negative element in an otherwise positive set of information (Selective Abstraction); overemphasizing negatives and underemphasizing positives (Magnification and Minimization); giving a distorted label to an event and reacting to the label rather than to the event (Inexact Labelling) and many more. Further repeative feelings of worthlessness, helplessness and hopelessness (cognitive triad of depression) may also arise. Often a person may be unaware of the interpretive process and many a times may not even be aware of the thought itself. But the person may be aware of the emotional consequences of such thoughts. Resource Allocation Model and Response Style theory explains to us how a person who is depressed may keep ruminating about his/her symptoms because of which their resources to attend to other information in their environmental field are fully utilised due to which their abilities to pay attention, encode or retrieve other kinds of information may get limited. Also focusing on our depressive symptoms may lead to more depressive mood.

Depression is the harsh reality of our society nowadays with 1 out of 5 people experiencing depression in their lifetime and 5% people suffering through it in a year. The prevalence of depression is also observed to be increasing in the past few decades. The need of the hour is to actively fight against the stigma regarding mental illnesses and to understand as well as educate people more regarding depression in a more comprehensive and multi-dimensional manner with the bio-psycho-social perspective.